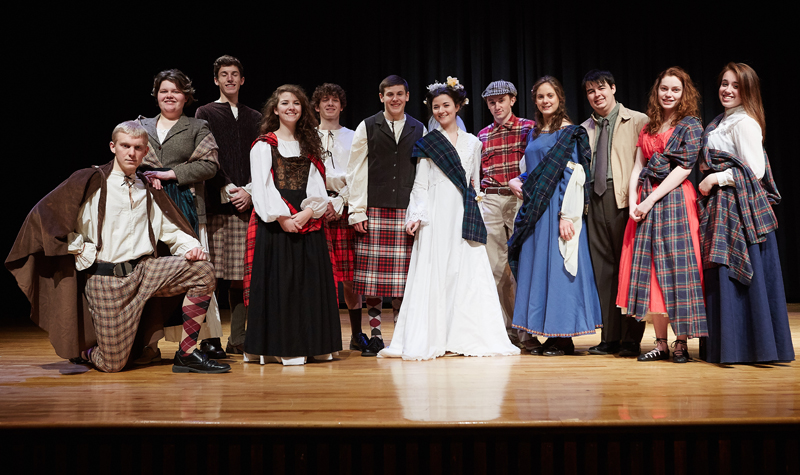 The Fine Arts Department at Bethlehem Catholic High School strives to provide an opportunity for students to excel in the areas of acting, dance and vocal performance. In addition, students develop the important qualities of commitment and “esprit de corps” that are necessary to all of life’s endeavors. 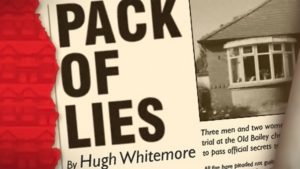 Pack of Lies by Hugh Whitemore

The Jacksons  are a nice middle aged English couple. Their best friends are their Canadian neighbors, the Krogers. All is blissful in their world until a detective from Scotland Yard asks to use their house as an observation station to try and foil a Soviet spy ring operating in the area. The Jacksons become more and more put out as Scotland Yard’s demands on them increase. They are really put to the test when the detective reveals that the spies are the Krogers and he asks them to help set a trap. Should they betray their friends? 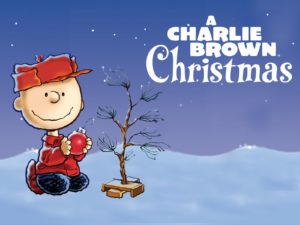 When Charlie Brown complains about the overwhelming materialism he sees among everyone during the Christmas season, Lucy suggests that he become director of the school Christmas pageant. Charlie Brown accepts, but this proves to be a frustrating endeavor. When an attempt to restore the proper holiday spirit with a forlorn little Christmas fir tree fails, he needs Linus’ help to discover the real meaning of Christmas. The classic animated television special comes to life in this faithful stage adaptation, in which Charlie Brown, Snoopy, and the rest of the Peanuts Gang discover the true meaning of Christmas.

A musical perfect for the whole family, Seussical takes us into the world of Dr. Seuss, where we revisit beloved characters including The Cat in the Hat, Horton the Elephant, Gertrude McFuzz, Lazy Mayzie, and JoJo. The Cat in the Hat guides us into The Jungle of Nool where we see Horton, the kindhearted elephant who discovers a speck of dust containing Whoville. He meets JoJo, a Who child sent to military school for thinking too many “thinks.” Horton decides he must protect the speck of dust on a nearby clover, while at the same time protecting an abandoned egg left to his care by the lazy Mayzie la Bird. Horton tries to convince the other animals in The Jungle of the existence of the Whos, but he is ridiculed and put on trial for insanity. Only his loyal neighbor, Gertrude McFuzz, never loses faith in him. Eventually, the two fall in love. Now one of the most widely produced musicals in the country, Seussical weaves a story of friendship, loyalty, and love. Despite all odds, Horton and Gertrude band together to save the Whos, free Horton, and restore peace and unity to the Jungle of Nool. Charming Seussical teaches us the power of being unique, and the importance of fighting for your beliefs.